Tips and Tricks to Tackling Your Kids’ Toys 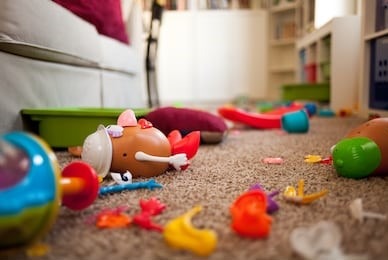 About two years ago now, my husband and I decided to sell our big, beautiful home and downsize into a small condo with our 2 young boys. Long story short, we wanted to downsize to gain control of our lives again. To be able to spend more time as a family and not stress about the constant updates, fixes, and upkeep of a home in general. It has been one of the best decisions we ever made, and we are thriving in our new lifestyle. Inevitably though, we knew that this meant we would have to get rid of A LOT of stuff, about 80% of our household belongings to be exact. We also knew that “tiny” organization was going to have to be the backbone to our success in living smaller.

In the process of going “small”, we downsized our closets, which, let’s face it, we didn’t wear 40% of that stuff anyways. We went through each of our belongings and decided whether we truly needed it or if it was just there to fill in space. We downsized everything from the belongings in our kitchen cabinets, to the amount of blankets and towels we just had laying around for no good reason. But, the BIG one that we had to really focus on, were the kids’ TOYS! The black hole of our house that was the death of toys and the resurfacing of long lost toys all in one. We did a fairly good job once we got working. SIfted through everything and brought along the ones that we felt had the most value. We were set to go.

Well, it has been almost two years now, and I feel like any household, we have too many toys again. Toys that our boys never touch, play with too much to the point of my brain going into overload and wanting to shut off, and toys that are just lost under the bunk bed, never to be seen again. It was beginning to be a problem, and it was driving me crazy in our tiny space. Even with our monthly or bi-monthly exercise of going through all of the toys together and deciding whether we should keep or give to goodwill, we still had too many toys. Now don’t get me wrong, they were all pretty good toys. Different types of toys too, which is even better. Creative, STEM-based, imaginative and so on, but I felt like more the half the toys just weren’t being played with because my kids’ favorite toys were always top of mind. So, I devised a plan, a plan to keep the toys fresh, fun, and exciting to see so that the boys will actually want to play with them. Honestly, I sort of got the idea from the drop in daycare place that I take my kids to periodically. One day I was picking them up and they were having “table time”, meaning that at the designated tables they had pulled down a box filled with a specific activity and then that box was put away and later in the day a different box would be pulled down. I watched the kids get so excited about this “new” box they got to play with and experience and it got me thinking, why can’t I do that with my kids’ toys in general. So here is what I did; 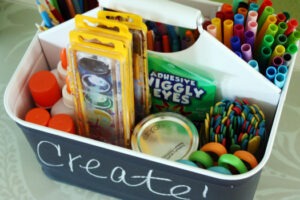 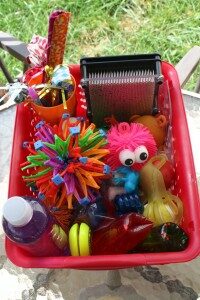 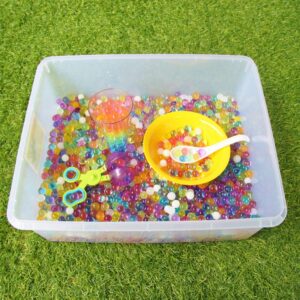 4. Now that the boxes are put together and organized, I put 4 boxes in the closet, not to be touched. Every week, or however long you want your duration to be, you pull out one box and let the kids enjoy that one box full of goodies. Every night, all they have to do is pick up those few toys and throw them into the box to be played with tomorrow.

This process has cut down on the amount of clutter that is in the house drastically. Their toys aren’t sprawled out all over the place and it is much easier to clean up. Instead of picking up 150 toys, for example, we are only picking up 30, and the boys are more willing to help me clean up because there is less of it. With this new process too, we are playing more of their games that we didn’t previously do because they were high up in a closet and forgotten. Overall, it has been a great experience and has worked for our family. 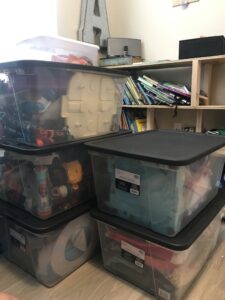