Traveling with a Toddler – by Plane 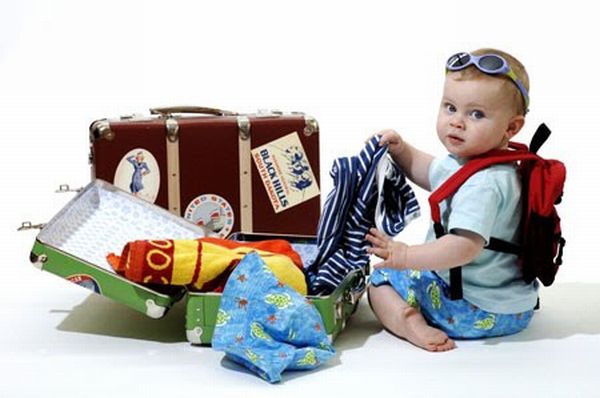 Apart from the obvious advice to skip the trip altogether, which is definitely a viable option, there are some things I learned on my two solo trips with my two-year old that are worth sharing. My daughter has now flown 12 times – 5 total trips, 3 of them with my husband, two without.

The first trip was at 7 months old on a two-hour flight from Denver to Dallas. No biggie. We just needed to make sure we had a bottle with us to help her swallow so her ears didn’t pop on the take-off and landing. The second was also with my mother-in-law on a vacation to Phoenix, Arizona, also a two-hour trip, and we also had another lap to pass her to. Our baby was 14 months old at that point.

The third, and most difficult trip up to that point was just the two of us. We traveled from Denver to Baltimore, Maryland, then from Baltimore to Islip, New York, and then the reverse on the way home. My daughter was nearly two years old, so she could technically sit on my lap for free. That was mistake number one. She was of a size where she really needed her own seat, so trying to keep her on my lap for three hours at a time was a nightmare.

When she was having a tantrum, we tried walking up and down the aisle, letting her play in the aisle for short periods, etc. She was that kid kicking the back of the seat as well – not to be obnoxious, but really to stretch. I couldn’t have apologized to the person in front of us enough. Of course we brought books, snacks and even an iPad, though I was against screens until she turned two, but I gave in around Halloween, so I thought, “If it makes life easier on an airplane,” well, you know.

We made it, though, and our trip to Mexico with my husband a month later was much better. Firstly, she had her own seat, which by now you can guess gave us all a bit more room. She also had two of us helping out with activities and walks up the aisle, etc. Going from Denver directly to Cabo San Jose airport was practically a breeze.

The last and final trip really might be that – our final air travel trip with a toddler. Once again, it was just the two of us. She had her own seat. While it was easier, it certainly wasn’t a breeze. She was now 2 years and 3 months old. We had snacks. We had a tablet. We had books and games. She did not want her seatbelt on during takeoff, nor during landing. She dumped her animal crackers all over the seat, as well as the entire contents of her backpack all over the floor.

The only saving grace on the flights to and from Fort Lauderdale were two ladies who sat in the aisle seat next to us. They both couldn’t have been nicer. The trip there, one lady handed me tissues after I finally got my girl to sleep. On the trip back, I sat next to a pediatric nurse who never flinched, kept smiling and reassured me that this was normal. As nice as that was, I couldn’t believe that what was normal was all this drama on a plane. We did try Benadryl for that flight, but I’m not sure it made much difference, to be honest. I did vow that I wouldn’t put her through this again until she was older and it would be a bit easier to get her to sit still. It’s almost an impossible thing to ask or expect of a child of that age on such a long trip.

She’s always been great at the airports because she can walk around and event play, but stays close to us and generally listens (apart from the airport in NY where she took a teddy bear off a shelf at the gift shop and started running down the terminal. That was funny.).

In the end, was it worth the hassle, the fighting, and the stress? I honestly don’t know, but what I do know is that she enjoyed herself on every single trip, and enjoyed spending so much time with family and friends that she otherwise wouldn’t have. Hopefully, we are making memories here…happy ones full of love and fun, and I look forward to more trips…though perhaps when she’s a bit older…and maybe in the car.

Kim is a curious, passionate, results-driven marketer who loves to help companies grow. Originally from New York, she has studied in England and lived and worked in Florida and Colorado, which is now home with her husband and daughter, and she spends weekends with them at the zoo, the museum, gymnastics class and Little Monkey Bizness in Parker.