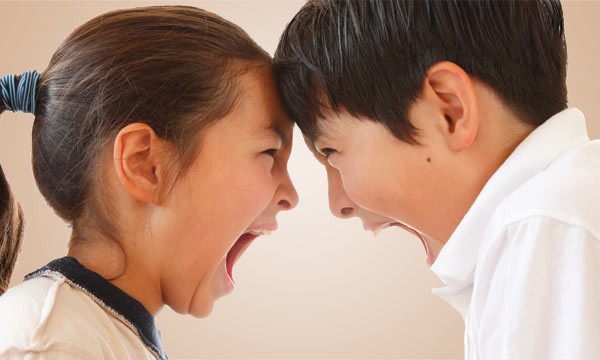 In our home, 3 boys can either be the best of friends or survival of the fittest. The kids can be animals sometimes, they all want to be on top but sometimes they don’t understand the balance that comes with being the oldest and being the youngest. Our youngest and oldest get along 80% of the time. However, our youngest and middle child get along 50% of the time. We were interested to know just how to stop the fighting and to bring them closer together. There are a couple things we found out along the way!

Younger children don’t always understand how age works: Our 5-year-old often thinks that he is the same age, height and intellectual level as the middle child. We constantly teach the kids to respect their elders and well, this creates an issue, as he doesn’t understand how to respect him if he sees him as the same age. Now don’t get me wrong, he doesn’t have any issues respecting other people his age or younger either!

They are already close: On several occasions, our middle child is easily able to comfort his younger brother and include him at times where he had felt excluded. We see that the 5-year-old craves to be accepted but the middle child craves the respect.

So how do we fix it by knowing these things?

We encourage bonding, sharing and understanding. There are often times where we will have to correct the youngest child and ask him to listen to his older brother. We will ask his elder brother to help us teach his little brother so that he has a chance to feel respected and the little brother can understand that he is in fact, the youngest sibling.

One of the most important things we did was to encourage bonding and quality time. Every few days or so we make it a point to get the kids together for active play time. They spend their time running around together, imagining together and most importantly bonding together.

After all the work that has been put in, we were even told that by our 5-year-old that he wants to help plan his brothers upcoming birthday party. So, we think we have trumped the sibling rivalry battle; at least, for now.